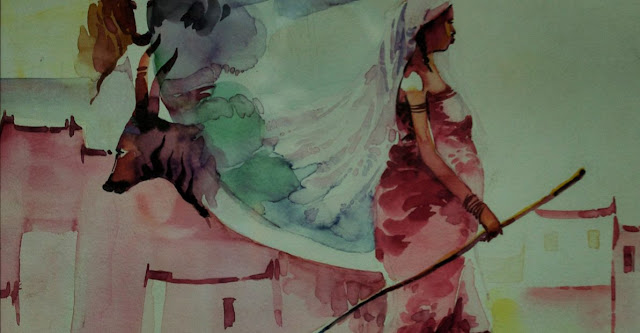 As African-descendants in the new world its probably the most asked question. Where from? Whom from?

The first thing to know is there is no such thing as static identity, Ethnic groups in all corners of the African continent have been moving, mixing, adapting at and endless rate. We in the new world often romanticize that we come from "a place" where "our people" live, but it will always be many peoples and many places and not just in the now but in the before as well.

Paternal: Half his fathers family is from Tamboril Santiago and the other half Camaguey, Cuba.
Maternal: San Francisco de Macoris all the way to late 1700s on every single line

Most numerous ethnicity of his African relatives: 4 Fulani Relatives

Location of relatives: Most with connections to or from Fouta Djallon, Guinea, but some with parentage in Senegal, Gambia and Niger.

Match Strength: This is determined by CM (Length) and SNP (Density) the longer and more dense the higher the probability of the match being traceable in the last 500 years. Generally >= 7 CM along with 700 SNP is desired.


1. Determining if the match is maternal or paternal

If you notice above they are in the same chromosome range, 48 - 70 for Grandpa vs Cuban, and 48 - 53 for grandpa versus Fulani, However  when comparing the Cuban relative to the Fulani relative, there is no match and this is a repeatable case with all my Fulani vs Cuban relatives.

Because my maternal grandfather's paternal family is the one that is cuban-mixed I can assume these Fulani matches are all via his mother's family with old roots in Naranjo Dulce, San Francisco de Macoris.

2. A closer look at the Fulani relatives and their locations

As you can see the range of these relatives is from 7 to 15 cm. Which according 23andme's chart comparing the most distant to the closest match, my maternal grandfather shares with them between a 3rd to 4th great-grandfather. 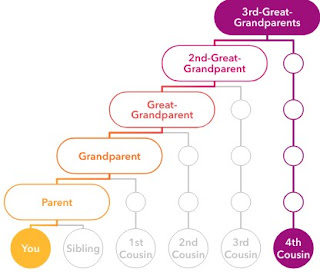 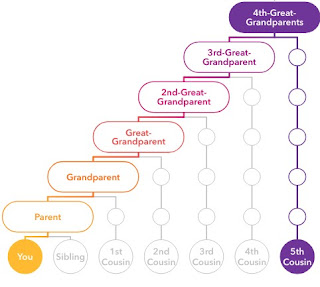 The above graphic from 23andMe tells us that my Maternal grandfather, Fulani relative #2 and Fulani relative #3 are all related to each other on the same segment, indicating all 3 of us have a common ancestor.

Relative #2 and #3 as seen in the Chromosome painting overlap and actually triangulate (match each other + my grandfather). Generally speaking not only can you confirm ethnic origins via triangulation but hint strongly at geographical location of a common ancestor as more and more people match on the same segment.

Even without the triangulation 3 out of 4 having partial or full roots in Fouta Djallon is pointing very strongly that we likely all share a common ancestor in Fouta Djallon Guinea, the connection to Fouta Toro in Senegal is much in line with the Fulani settlements and how the people moved around between the 17th, 18th and 19th century. Niger and North-Nigeria are included in this, specially towards the 19th century.

Popular posts from this blog

Freedom in the Colony of Santo Domingo

June 27, 2020
Early society in the colony of Santo Domingo started out very similarly to other colonies in the Americas with a very high rate of enslaved natives, pillaging, murdering from the Spanish followed by a mass importation of Africans of a multitude of ethnicity ranging from inhabitants of the Jollof empire to inhabitants of the Kongo empire.

Santo Domingo which was later to become the Dominican Republic had a majority of enslaved peoples  up until the early 1600s, after which time period, a combination of events such sugar cane economy crashing in 1606 and plagues such as measles in 1666, created an environment where free people began to outnumber the enslaved. With an ever-decreasing white-population this also meant that the free population of the island also had less and less vigilance and had more access to social climbing. This of course does not erase the fact that we are not truly free until we are all free, and it was not until Feb. 1822 during Boyer's occupation that we gained…
Post a Comment
Read more

May 16, 2018
It is often that Dominicans come to mind when it comes to self-hate or anti-blackness. "Dominican's don't like to be called black"- is a common term. I remember back close to a decade ago I watched one of my first afro-dominican documentaries "Congo-Pa-Ti" which featured the community of Villa Mella in North-Santo Domingo and although one part featured the outstanding traditions of the people, the other almost in mockery asked residents of villa mella what they considered themselves as far as "race", some respondents said yellow, cinnamon and where quite precise with their color. The ones that said "moren@" where translated in the subtitles as "mixed black" or "light skin black". In the end it seemed to illustrate for the English speaker that Dominican's don't use the term "negro" "black" and therefore use other terms to avoid it. Growing up as a person who gets called "moreno" by…
2 comments
Read more

September 14, 2019
Throughout the history of the colonization of the island of Hispaniola(Quisqueya-Ayiti) there have been Maroons, both African and Native. This fight for freedom never ceased as the island, specially during the first 250 years of Spanish colonization where Maroons where numerous in all of the territory. Most of these maroons where brought down via peace treaties and in exchange for guaranteed freedom and to be "left alone". Most of us hear of the famous rebellions such as the Upper West African (Senengambian) Maroons in 1521, the famous Congolese Lemba of hte 1540s, and a myriad of others such as Juan Vaquero, Diego de Ocampo and the hundreds if not thousands of un-named women who where instrumental in these rebellions and maroonage.

Rebellion of Gurabo 1805
In the Valley of Gurabo, Santiago Late 1700s to Early 1800s, Don Marcos Mendez along with some of his relatives had many agricultural projects which where powered by the work of enslaved Africans and creoles. According to…
2 comments
Read more

Lemba
For the past 10 Years i've been avidly researching my own family history through genealogy, genetics and oral history. This in turn has lit a passion in my being for helping others do the same. We in Quisqueya have such a rich and diverse past that interconnects us to our brethren all over the Americas and the old world, Africa, Europe, Asia.